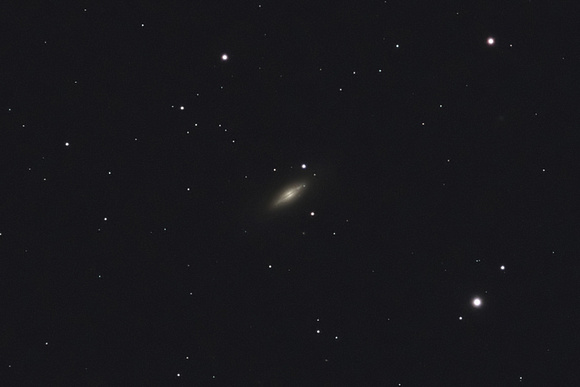 One of the most outstanding features of NGC 5866 is the extended dust disk, which is seen exactly edge-on. This dust disk is highly unusual for a lenticular galaxy. The dust in most lenticular galaxies is generally found only near the nucleus and generally follows the light profile of the galaxies' bulges. It is also possible that the galaxy is a spiral galaxy that was misclassified as a lenticular galaxy because of its edge-on orientation, in which case the dust disk would not be too unusual.

Messier 102 is a galaxy listed in the Messier Catalogue that cannot be identified unambiguously. The two most likely possible identifications of M102 are Messier 101 and NGC 5866.