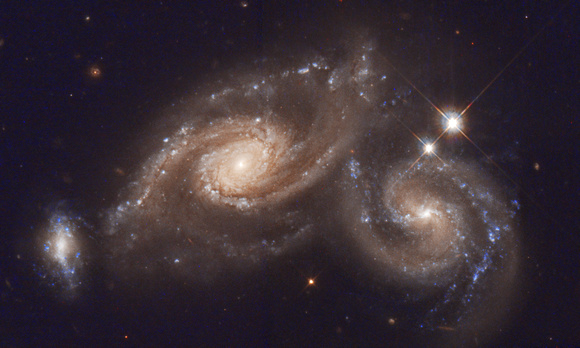 Arp 274, also known as NGC 5679, is a system of three galaxies that appear to be partially overlapping in the image, although they may be at somewhat different distances. The spiral shapes of two of these galaxies appear mostly intact. The third galaxy (to the far left) is more compact, but shows evidence of star formation.

The object spans about 200 000 light years and at some 400 million light-years from Earth in the constellation Virgo.