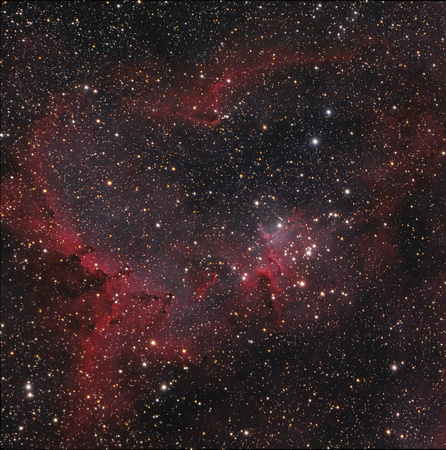 At 7500 light years from earth, the star cluster Melotte 15 is the driving force that excites and illuminates the gas and dust of the "Heart Nebula", IC 1805. This open cluster contains a few bright stars nearly 50 times the mass of our Sun, many dim stars only a fraction of the mass of our Sun, and an absent microquasar that was expelled millions of years ago.