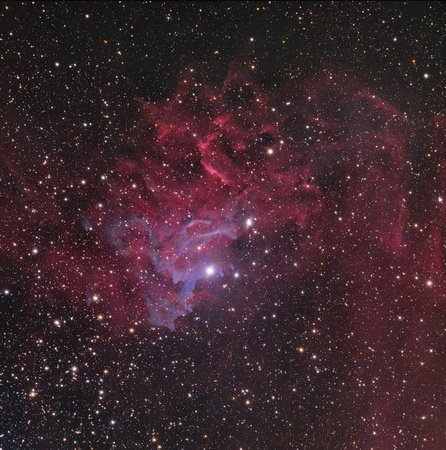 The "Flaming Star Nebula" also designated IC 405, Sharpless 229 (Sh2-229), and Caldwell 31 is an emission nebula in the constellation Auriga, surrounding the blue-hot irregular variable star AE Aurigae. The material that appears as smoke is mostly interstellar hydrogen, but does contain smoke-like dark filaments of carbon-rich dust grains. The nebula is about 1500 light years distant and spans about 5 light years.