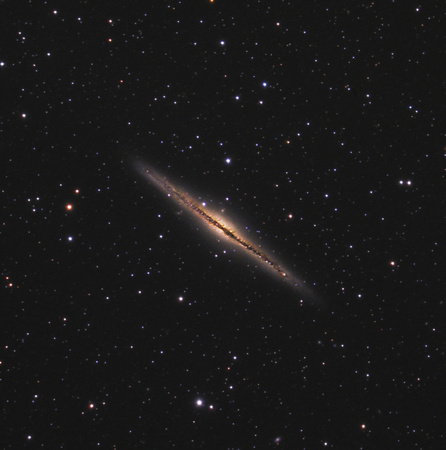 Anacortes Telescope and Wild Bird Picture of the Day January 1, 2010

NGC 891 is an edge on unbarred spiral galaxy about 30 million light-years away in the constellation Andromeda. It was discovered by William Herschel on October 6 1784. The galaxy is a member of the NGC 1023 group of galaxies in the Local Supercluster.

NGC 891 is one of those objects that makes you wonder how Messier missed it.