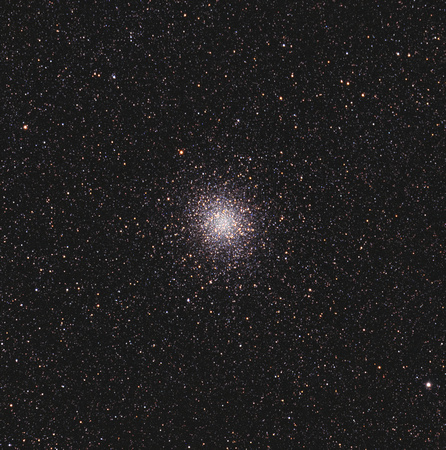 M22 (NGC 6656) is one of the nearer globular clusters to Earth at a distance of about 10,600 light-years away. It spans 32' on the sky which translates to a spatial diameter of 99 ± 9 light-years. It is projected in front of the galactic bulge and is therefore useful for its microlensing effect on the background stars in the bulge. Despite its relative proximity to us, this metal-poor cluster's light is limited by dust extinction, giving it an apparent magnitude of 5.5 making it the brightest globular cluster in the norther hemisphere.