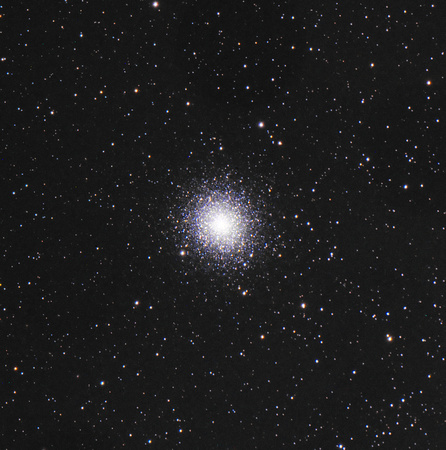 M2 (NGC 7089) is about 37,500 light-years away from Earth. At 175 light-years in diameter, it is one of the larger globular clusters known. The cluster is rich, compact (Class II - the next most dense classification), and significantly elliptical. It is 13 billion years old - about the same as that of globular clusters M3 and M5 - and one of the older globulars associated with the Milky Way Galaxy.

M2 contains about 150,000 stars, including 21 known variable stars. Its brightest stars are red and yellow giants.