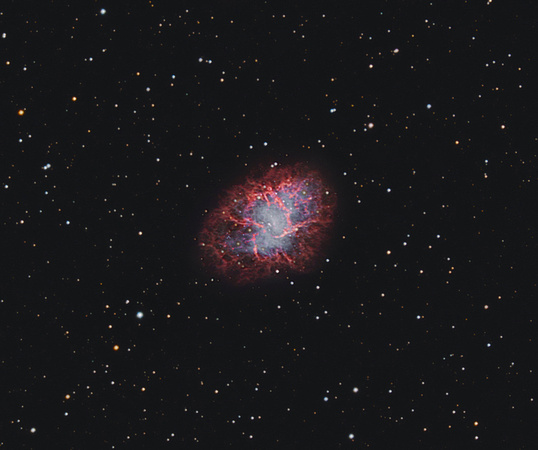 This is a collaborative effort with Ted Rafferty adding his Hydrogen Alpha data to my RGB data to make, what I think, is a far superior image.

The two sets of data were registered and aligned in DeepSkyStacker and combined in Photoshop CS3.

The combine method used is one described by Russell Croman. Layer masks were used to keep star colors true while allowing the Ha and RGB to combine in a way to optimize the nebula's appearance.
© Hunter Wilson
Powered by ZENFOLIO User Agreement
Cancel
Continue