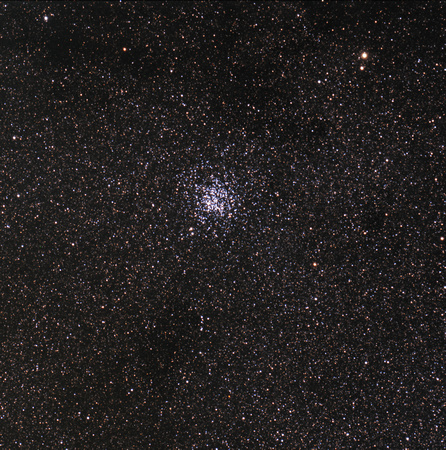 M11 (NGC 6705) also known as the Wild Duck Cluster for it's resemblance to a flock of ducks on the wing, is one of the most compact of the open clusters. M11 contains an estimated 2900 stars, about 500 of which are brighter than mag 14. An observer at the center of M11 would see several hundred first magnitude stars. This tight cluster is about 220 million years old and is receding from us at 22 kilometers per second.

Dark nebulae Barnard 108 and 112 are also seen in this rich field.