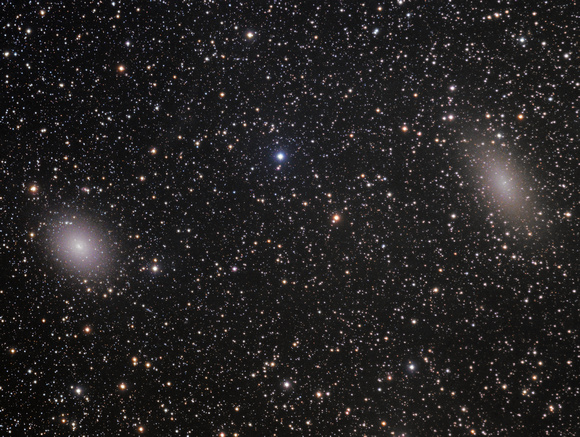 According to Van den Bergh, they are probably gravitationally bound in a physical pair, with NGC 185 being the more interesting and diverse, having an active galactic nucleus and being classified as a Type 2 Seyfert Galaxy. NGC 147, however, is gas and dust free.