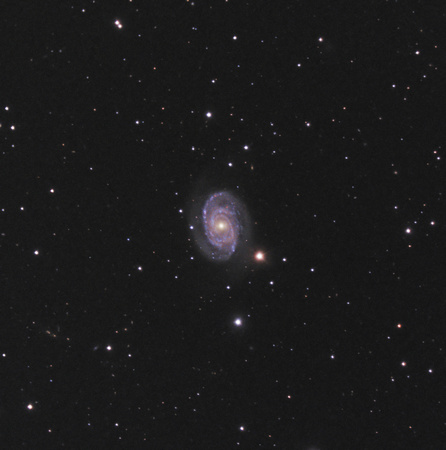 NGC 5371 (which also seems to be known as NGC 5390) is a symmetrical face-on Sbc barred spiral galaxy at a distance of 100 million light years in the constellation Canes Venatici. This galaxy with Hickson 68 makes up the Big Lick Galaxy Group.

Notice the multitude of faint, distant galaxies in the background. I mean, seriously, look at this ridiculous screen shot from Aladin showing all the galaxies in the proximity of NGC 5371.