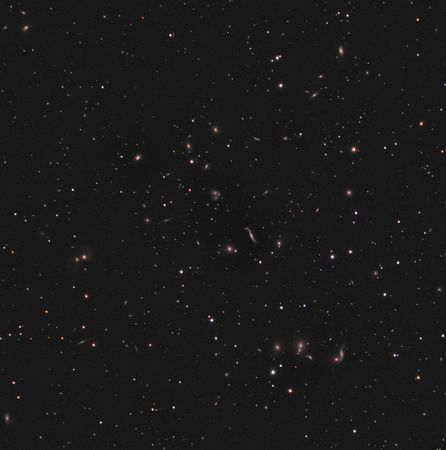 The Hercules Galaxy Cluster (Abell 2151) is a group of about 100 galaxies located 650 million light years distant in the constellation Hercules. Young star-forming spirals are the predominant galaxy type in this cluster with relatively few older elliptical galaxies. Contained within Abell 2151 are four Arp objects - Arp 71, 122, 172 and 272.

Note IC1182 about 1/4 from the top center and it's unusual jet shooting off to the upper left. Click on this link to see a closeup view.