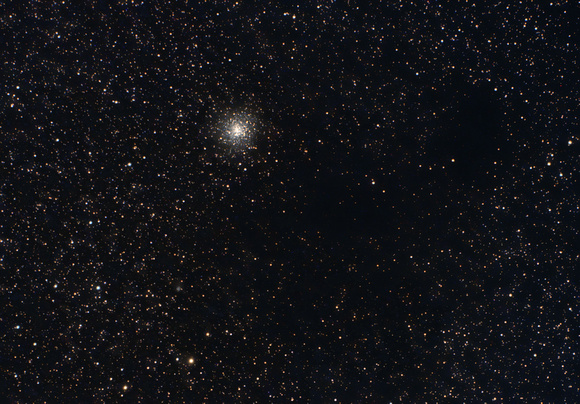 M9 is one of the nearer globular clusters to the nucleus of our Galaxy, with a computed distance of 5500 light-years from the Galactic Center with a diameter of 90 light years. M9 is receding from us at the very high velocity of 224 km/sec.

To the north and west, its light is significantly dimmed by interstellar dust, as it lies at the edge of a patch of dark nebula (Barnard 64 - seen in this image as a dark blot to the right of the cluster); its light is probably weakened by at least one magnitude, but it's absolute luminosity is roughly 120,000 times that of our sun.